Book Review: The Haunted Heart of America by Logan Corelli 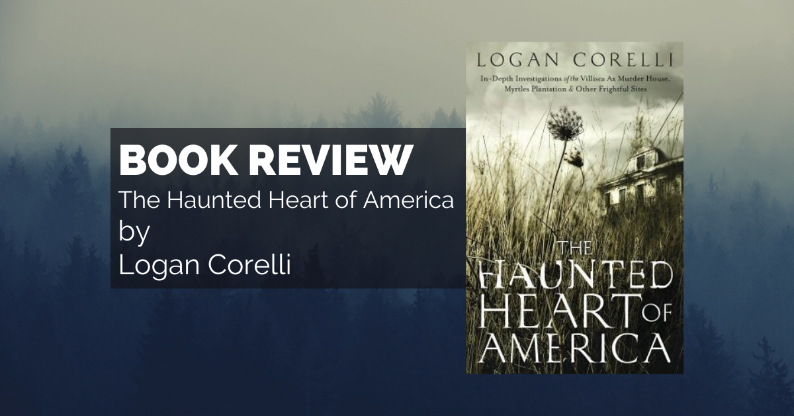 Hey, I know some of you don't like strong language, violence, or sexually explicit content. With that in mind, I've added a helpful table up top detailing whether this book has those things.

The Haunted Heart of America by Logan Corelli 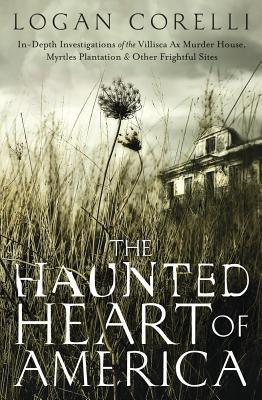 When something goes bump in the night, this paranormal investigator grabs his team and makes a day of it—um—a night of it. And, he's compiled these paranormal snapshots of his life for interested readers in The Haunted Heart of America: In-Depth Investigations of the Villisca Ax Murder House, Myrtles Plantation & Other Frightful Sites.

Ghost stories for skeptics or factual accounts of a world beyond our own?

My first thought about this book is that it lives up to its name. If you read it, you'll learn a little bit about various allegedly haunted locations throughout America, including some settings that have more or less made their way into pop culture, such as Waverly Hills Sanatorium. Most of the locations you can visit yourself. Others have the specifics cut out—for your safety—I guess.

The book is broken down into chapters, each one tackling a new setting and investigation. Some smaller investigations are grouped together based on a theme; I suppose because enough spooky stuff happened to warrant their inclusion but not enough paranormal activity went on for them to get full chapters. While I wish there was more to some of the accounts, I don't think any of them were a waste of my time. Corelli goes into the history of each place he visits, which I enjoyed.

Now, each account was easy enough for me to follow; they flowed well and led me along from beginning to middle to end. However, the book as a whole felt a little like a rollercoaster ride. I had no idea if the next account was going to be spooktacular or spookless. Corelli didn't have to give away the climactic parts, but I would have appreciated a little more foreshadowing.

I'd recommend The Haunted Heart of America to anyone who's interested in the paranormal and doesn't need every ghost story they hear to be as "haunted" as possible. Corelli claims these are true accounts, so it makes sense for some of them to be duller than others. And, if you find you're only interested in certain locations, you can easily skip the smaller spirits for the bigger spooks.

Have a great day.